Which timeless children’s gift under the tree or stocking stuffer has made its welcomed appearance for generations? It’s the book with the familiar gold spine, a Little Golden Book. For many consecutive Christmas mornings, our family’s Little Golden Book library grew and reading from the collection of Little Golden Books for Christmas soon made its way into our annual holiday traditions. At last count, I believe fifteen of the Christmas book collection were unpacked amidst our seasonal decorations. They include our children’s all-time favorites, The Animals’ Christmas Eve by Gale Wiersum and Jingle Bells read/sung over and over and over again.

The popularity, especially at Christmas, for these favored books was an original idea of Georges Duplaix of Western Publishing. It was 1942 and Mr. Duplaix desired to offer consumers more durable and affordable children’s books. The idea took hold with Simon & Schuster starting the series partnering with Western Printing and Lithographing Company as printer operator. Twelve titles were originally printed, released and entitled The Little Golden Book Series. Printing 50,000 copies of the staple-bound books, with two-thirds of the forty-two pages of each book in two-color print and the remaining third in four-color print, they could price each book affordably at 25 cents. Little Golden Books was founded and three editions totaling 1.5 million books sold within five months of publication that same year! The titles of the first series of twelve books released to stores in October 1942 is listed here:

The Alphabet from A to Z by Leah Gale

The Golden Book of Fairy Tales by Winfield Scott Hoskins

The Animals of Farmer Jones by Leah Gale

This Little Piggy and Other Counting Rhymes by Phyllis Perf Wagner

Little Golden Books have maintained their original appearance since the first printing to include the sparkling gold spine and the endearing endpapers declaring “This Book Belongs To:” During a challenging time in our country, coming out of the depression and entering World War II, parents could not afford to buy books for their children. These new, inexpensive, sturdy-covered Little Golden Books became available, meant to be owned with the proud owner’s name inscribed inside.

These much-loved little books continue to delight the current young generation and admittedly, children of all ages, with Christmas titles published every year. The Christmas Classic 5-Book Boxed Set, including The Animal’s Christmas Eve carries on as a popular wrapped bundle under the tree. Looking back, we hold in high regard the insight and motivation Mr. Duplaix originally displayed in supporting parents and families through the decades with affordable and quality books for children creating an American legacy and touching the heartstrings of generations. 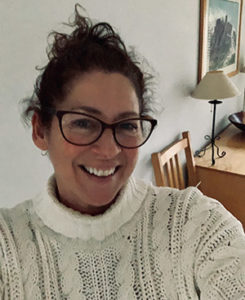